The plant was designed by ICI to operate in two primary modes, methanol production and hydrogen recovery for the ICI complex.

Brief Process Description
The plant was designed by ICI to operate in two primary modes, methanol production and
hydrogen recovery for the ICI complex. Most of the time the plant was operated more in
the hydrogen recovery mode with less emphasis on actual methanol production.
Hydrogen production required high purge gas from the synthesis loop going to a
Hysieve unit, with waste gas returning as fuel to the reformer burner system.
Natural Gas Treatment
Natural gas feed is processed in the normal manner to remove any sulphur from the
gas. Firstly the gas is heated in a gas-fired heater to 375 oC the gas then flows through
the topside of the hydrotreater where any sulphur compounds are converted to H2S, this
gas then passes through the zinc oxide bed where any H2S is removed. Present UK gas
is very low in sulphur.
Steam Reforming System
The steam reforming system is based on twin Foster Wheeler terrace fired reformers,
with top mounted convection banks and ID fans and stacks. As is typical of this vintage
of reformer there was very little effort made in regards to tight efficiency. The plant
was originally designed at 380 therms per ton. However, it would not take a
considerable amount of investment to reduce this to 350 therms per ton (35 million
BTU) and possibly as low as 340 therms for ISBL numbers. Reformed gas exiting from
the reformers is then partially cooled by producing 900# saturated steam. This 900#
steam is then superheated in stand alone gas fired heaters. The reformed gases are
then further cooled, firstly by exchange with BFW followed by finfan coolers prior to
compression. (It is interesting to note that, reformed gases are not utilized on this
plant for methanol distillation reboilers)
Compression
The compressors were purpose built for this plant and are one off in design. The Make-
Up-Gas (MUG) designed and built by Demag of Germany has proven to be a very sturdy
design with absolutely no problems and in fact has only been opened on 1 occasion.
The circulator is of an overhung design and again is very reliable in operation. Both
machines are driven by steam turbines using 900# steam. The MUG has twin turbines
with extraction to 400# steam from the first case and pass out to 50# from the second

case and the circulator direct pass out to 50#.
The MUG compressor is a dual barrel multi-stage machine raising the pressure from
around 20barg to some 105barg.
Methanol Synthesis
The methanol synthesis converter originally utilized the old ICI Lozenge-type Quench
Converter, this was up-graded during the 1996 to the Casale Arc type converter which
provides a better conversion ratio. All in all the synthesis loop on this plant is very
simple yet reliable. Methanol is extracted by condensation from the circulating gas
stream, letdown in pressure removing some of the dissolved gases. The crude
methanol can then either go to a crude methanol storage tank of 600 M3 capacity from
where it is pumped to distillation or it can pass directly to the distillation section.
Distillation
The distillation process is based on the typical 2 column system. The first and smaller
column removes any dissolved gases and light fractions, where the second column
removes water and any higher boiling point fractions producing chemical grade
methanol. The product methanol leaves the distillation section running down into 2 shift
tanks of 600 M3 capacity each. This is the limit of onsite storage capacity there are no
offsite storage tanks associated with this plant.
Utilities
This plant depends entirely on imported utilities with the exception of cooling water
which is dedicated to this plant. Main electrical switchgear forming primary distribution
will have to be renewed should the plant be moved. 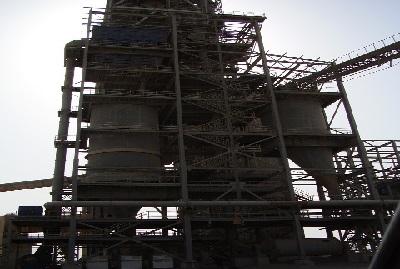 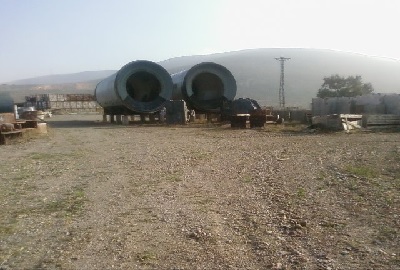 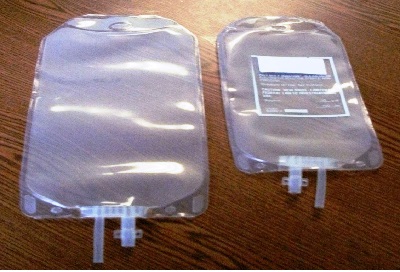 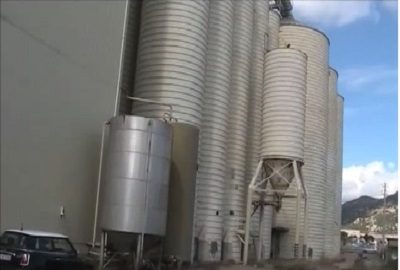